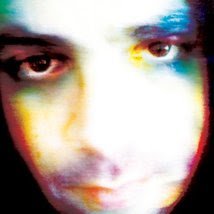 Fire Records are proud to announce the signing of Variety Lights, the new band from David Baker, legendary frontman of the original incarnation of Mercury Rev.

After leaving the public spotlight more than 18 years ago, Baker returns with his collaborator, Will MacLean, to debut the remarkable psychedelic-synth album 'Central Flow'. The lead track is, appropriately, "Silent Too Long", which will be released as an exclusive single for Record Store Day.

As a founding member and vocalist for Mercury Rev, Baker helped to forge their revolutionary sound with their first two (and most critically acclaimed) albums; 'Yerself Is Steam' (1991) and 'Boces' (1993). Having left the band in 1993, Baker went on to release a solo album 'World' under the moniker Shady, which featured members of the Boo Radleys, Rollerskate Skinny, Swervedriver and Th' Faith Healers.

Although there has been much speculation about his life during his time away from the public eye, Baker has continued to make recordings and is an avid music fan, working as a producer for various artists. Now he is back, morphed and transmogrified into Variety Lights (a name lifted from Fellini's first film).

When he met Will MacLean, Baker found a songwriting partner who shared a passion for analogue synths and electronic psychedelia. Initial experimentation together live to tape – to see how big and crazy just the two of them could sound – started to reveal melodies and Variety Lights was born.

Much of Variety Lights’ debut 'Central Flow' was recorded by Baker at his own Over the Trees studio. The sound was created using a mixture of chained around-the-room 80's era midi expanders as well as the duo's collection of vintage keyboards and combining them with an array of drum machines and effected guitars.

There are plans to play the songs live with a full band including drums and bass, with dates to follow at some point later on in 2012.