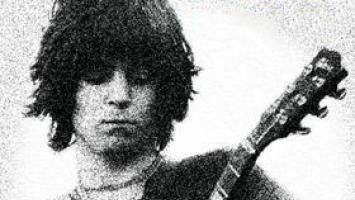 Terry Reid at The Musician
£15adv
plus Kevin Hewick
www.terryreid.com
www.kevinhewick.co.uk
Terry Reid, or Superlungs as he's affectionately known, is without doubt one of the greatest rock/soul voices this country has ever produced or is indeed likely to.

The legend is of turning down the front man's job with Led Zeppelin, recommending his mate Robert Plant instead, a similar offer and rebuff to Deep Purple, of Aretha Franklin's statement that The Beatles, Rolling Stones and Terry Reid were the best England had to offer in 1968, of two World Tours with The Rolling Stones, US tours with Cream and UK tours with Jethro Tull and Fleetwood Mac.

All true, but the full story includes numerous collaborations with Graham Nash, covers of Reid songs by Marianne Faithfull, The Hollies, The Raconteurs, film soundtracks and a catalogue of 6 studio albums, including the seminal album 'The River'.

Recently, Terry's been working with up and coming French band Shine and The Alabama 3. Following a Glastonbury return in 2009, he played a three night residency at Ronnie Scott's in London, one of only a handful of non-Jazz artists invited to help mark the legendary venue's 50th Anniversary. He played to packed houses and critical acclaim and returned in 2010 to sell out 3 consecutive nights.