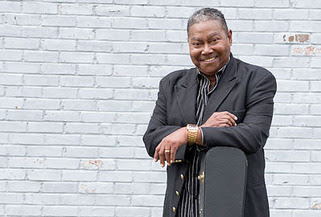 US soul and blues guitarist Charles 'Skip' Pitts has died in a Memphis hospital at the age of 65.

The musician was best known for his distinctive "wah-wah" guitar pedal sound, memorably featured on Issac Hayes' theme for the 1971 film Shaft.

The Stax Museum of American Soul Music said the musician died on Tuesday and had been suffering from lung cancer.

Born in Washington DC, Pitts learned to play guitar when he was 11 years old, picking up tips from neighbour and fellow musician Bo Diddley.

By the age of 17 he performed on Gene Chandler's Rainbow '65 and went on to play with the Isley Brothers, Sam and Dave and Wilson Pickett.

It was his move to Memphis and his near 40-year collaboration with Hayes that earned him his fame.

Later in his career, Pitts made appearances in films including Samuel L Jackson movies Black Snake Moan and Soul Men, to which he also contributed soundtrack entries.

He also performed on the score for 2005 film Hustle and Flow.

Most recently he worked as a session musician for Stax Records and appeared on Al Green's I Can't Stop and Cyndi Lauper's Memphis Blues, both of which were nominated for Grammy awards.

He also released an album last autumn, entitled Got to Get Back!, with his band The Bo-Keys.

"He took a little bit of the Bo Diddley rhythm, the Northern soul of Curtis Mayfield and the Memphis sound of Steve Cropper and Reggie Young and somehow came up with his own thing, a style that no one had."