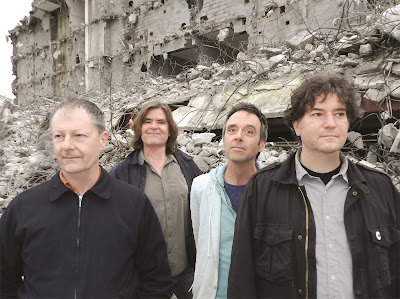 Fire Records are delighted to announce that they have signed one of the greatest post-punk bands of all time, Mission of Burma. After forming in Boston in 1979, disbanding in 1983 and reforming in 2002 for what was meant to be a brief series of shows, the band have inadvertently continued to produce outstanding albums such as 2004's 'ONoffON', 2006's 'The Obliterati' and 'The Sound the Speed the Light' in 2009. Their new album 'Unsound' will be released on Fire Records in July.

From the outset, ‘Unsound’ was not going to be like any other Mission of Burma album. As expected, the material is raw, primal and aggressive. They still have a signature knack for twisting even the most ferocious noise into complex structures. There are, of course, those killer hooks scattered throughout, but just not quite where you would expect. Yet with all three lead members resolutely making the decision to deliberately stretch their boundaries even further, they stepped out of their comfort zone to create their most rewarding, bewildering and multifaceted long-player yet. 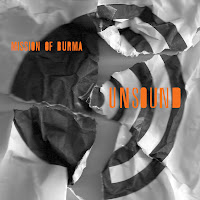