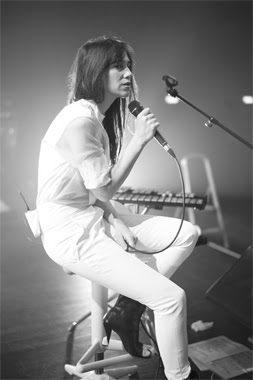 Charlotte Gainsbourg and Connan Mockasin have confirmed a show at London’s Somerset House on Thursday 19th July. The pair recently collaborated on Gainsbourg’s album ‘Stage Whisper’, which was released through Because Music earlier this year. A double album of live and unreleased studio tracks, the record is the follow up to the critically acclaimed ‘IRM’ album, which came out in 2010. ‘Stage Whisper’s studio material also features collaborations with Beck, Conor O’Brien of Villagers and Noah and the Whale.

Many of the studio tracks on ‘Stage Whisper’ originate from the sessions for ‘IRM’, which enjoyed critical claim across the globe. The Sunday Telegraph declared the album to be a work of “borderline genius”, Mojo claimed “IRM marks Charlotte Gainsbourg’s musical coming of age”, whilst the Daily Telegraph enthused “her best work and arguably Beck’s best in a decade, too”. The New York Times called ‘IRM’ “an engrossingly eclectic pop record and a kind of coming-out party: the first time that Ms Gainsbourg the chanteuse has displayed the charisma of Charlotte Gainsbourg the actress.” Vanity Fair deemed the album “an enigmatic, varied, and sonically complex tour de force." 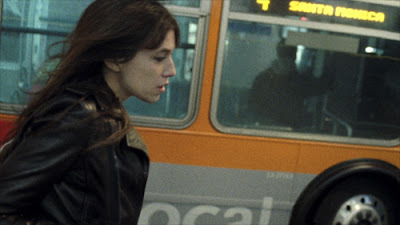