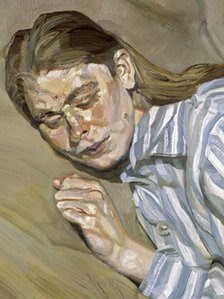 he Tate galleries have been given a private collection of modern art that includes works by David Hockney, Lucian Freud and Jacob Epstein.

Although he did not place a value on the works, Tate director Sir Nicholas Serota said the gift "greatly enriched the national collection of art".

The nine works have been donated by London philanthropists Mercedes and Ian Stoutzker, Sir Nicholas continued.

The works will go on show at Tate Britain in London later this year.

"Gifts and bequests from major collectors are the foundation of the national collection," Sir Nicholas said in a statement.

"The Stoutzkers have added exemplary individual paintings by two generations of British artists and have greatly enriched the national collection of art after 1960."

At a news conference announcing the donation, Sir Nicholas said the gift was "pure philanthropy" and there was no tax benefit behind it.

He added he hoped it would encourage others to donate works.