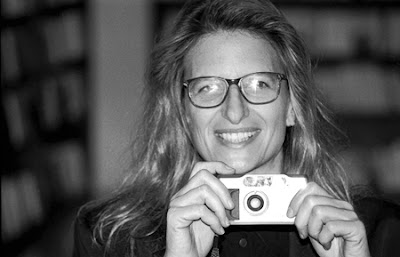 Celebrated photographer Annie Leibovitz has been honoured for her "extraordinary talent and contributions to the arts" in Los Angeles.

The Museum of Contemporary Art (Moca) presented her with its Award to Distinguished Women in the Arts.

Leibovitz started her career at Rolling Stone magazine and has gone on to shoot figures from presidents to the Queen.

"This award has been given to a great group of women, very distinguished company," she said.

Maria Shriver presented the award at a dinner on Tuesday in a rare public appearance after filing for divorce from Arnold Schwarzenegger.

Shriver described Leibovitz as a living legend and "a woman of brilliance", the AP news agency reported.

Leibovitz's most famous images include a naked John Lennon curled around a clothed Yoko Ono and Demi Moore nude and pregnant on the cover of Vanity Fair.

She hit the headlines five years ago when footage of her photo shoot with the Queen was misleadingly edited by a TV company, leading to the resignation of BBC One controller Peter Fincham.