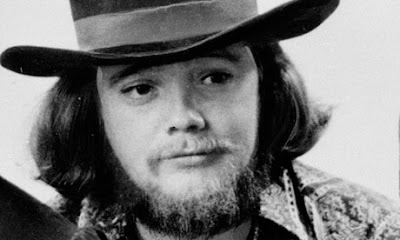 Bass guitarist Donald "Duck" Dunn, who played with Booker T and the MGs, has died in Tokyo aged 70.

The MGs were the house band for Stax Records, and Dunn can be heard on songs such as Otis Redding's Respect and Sam and Dave's Hold On, I'm Comin'.

He was in Japan for a series of concerts, and had played two shows on Saturday night.

His friend and fellow musician Steve Cropper, who was on the same tour, said Dunn had died in his sleep.

"Today I lost my best friend," Cropper wrote on his Facebook page. "The World has lost the best guy and bass player to ever live".

"I tried the guitar but it had two strings too many," he wrote on his website.

"It was just too complicated, man! Plus, I grew up with Steve Cropper. There were so many good guitar players; another one wasn't needed. What was needed was a bass."

His distinctive grooves underpinned dozens of hit records for the legendary Stax label - including Soul Man and Try A Little Tenderness. The MGs scored their own hit with Green Onions in 1962.

"We were recording almost a hit a day for a while there," he said. "But I never knew how popular that music was until I came to England with Otis Redding in 1967."

That tour, which also featured Sam and Dave, Eddie Floyd, and Arthur Conley, was feted by Britain's rock royalty - many of whom had been influenced by the Stax house band.

Mick Jagger, Keith Richards, John Mayall, Roger Daltrey, Pete Townsend, and The Beatles all attended shows and, according to legend, The Beatles sent limousines to pick up the Stax crew each night after the shows.

In return, Booker T and the MGs covered the entire Beatles' Abbey Road album. Their version was called McLemore Avenue, which was the address of the Stax studio complex, and the cover mimicked the Fab Four's famous zebra crossing photo.

In his later career, Dunn worked with the likes of Eric Clapton, Neil Young, Stevie Nicks and Rod Stewart.

The MGs were inducted into the Rock and Roll Hall of Fame in 1992, and Dunn received a lifetime achievement Grammy award in 2007.