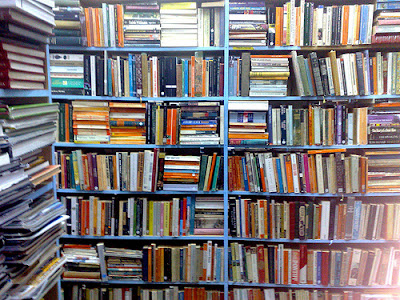 Digital book sales have risen by 54% in the past year and are now worth £243m to the publishing industry.

Figures released by the Publishers' Association (PA) showed the market for e-books, downloads and online subscriptions had more than trebled since 2007, when it was worth £74m.

However, total book sales fell by 2%, with the market worth £3.2bn.

Physical book sales dropped 5% to £3bn, according to the PA Statistical Yearbook.

"The story of the year is a decline in physical sales almost being compensated for by a strong performance in digital," said chief executive Richard Mollett.

"That said, physical books remain the format of choice for the vast majority of British readers, underlining the continued importance of the high street sector," he added.

However, the report noted, the number of high street book stores had almost halved in the last six years - with roughly 2,000 shops closing since 2006.

David Nicholls' One Day was the number one print title for 2011 overall, selling nearly one million copies.

In the non-fiction category, Jamie Oliver's 30 Minute Meals was the best-seller for the second year in a row, with more than half a million copies sold.

The yearbook also noted that sales of children's books had fallen by 19% since 2007, when the final Harry Potter novel was published.