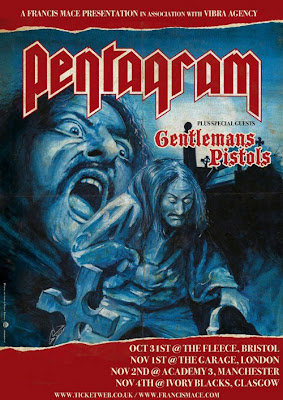 PENTAGRAM have announce their first ever UK tour in the forty years they’ve been together in October and November 2012.

After the Doom pioneers first ever UK show in London last year Bobby Leibling and the boys return for four shows with Gentlemans Pistols as support:

Tickets are £15 and on sale now via www.ticketweb.co.uk

‘LAST RITES’ is out now on Metal Blade