On-demand music gets own chart... 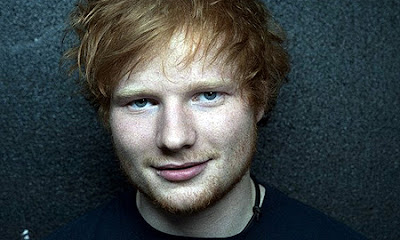 The popularity of music streamed on-demand is to be measured in a new weekly chart.

The top 100 rundown will be compiled by the Official Charts Company (OCC) using statistics from audio streaming sites such as Spotify, We7 and Deezer.

However, video streaming services, including YouTube, will not contribute to the new chart for the time being.

The Official Charts Company estimates that 2.6bn audio streams were delivered in the UK last year.

Nielsen Soundscan, which compiles the US Billboard Charts, has previously reported that streaming services are now more popular than paid-for downloads.

Some 26% of consumers streamed music online or watched it on YouTube, compared to 17% who listened to downloads, it reported last year.

However, it noted that YouTube dwarfed other services in the market, accounting for about 55% of all music streamed online.

Accordingly, the streaming market has become an increasingly important source of money for the music industry.

In the UK, it is worth £35m, according to the BPI, accounting for about 4.5% of total music industry revenues.

However, a number of artists have complained that they see very little money from streaming services.

"It's set up to be a little bit more fair for the labels than it is for the artists, I think," said Patrick Carney from rock group Black Keys last year.

Carney went on to explain that his band had decided to withhold their critically-acclaimed album El Camino from Spotify.

According to figures released by the OCC, the most-streamed track in the UK this year is former number one Gotye's Somebody That I Used To Know.

However, Ed Sheeran is the most popular artist - with three of his songs, Drunk, Lego House and The A Team, all featuring in the top 20 most-streamed tracks.

The singer-songwriter said he was "amazed" by the achievement.

"Streaming services and online in general have always been an important way for me to get music out to my fans," he added.

"A new official streaming chart that recognises another way of enjoying music can only be a good thing."

The OCC's latest initiative comes a few weeks after it launched a chart reflecting album sales in independent records stores across the UK.

It says it is holding discussions with YouTube about creating a stand-alone chart for streaming video over the coming months.

There is no word on whether the streaming services will later be included in the mainstream top 40, as they are in America.

However, the OCC said in 2009 it was "bound to" include streaming and subscription services at some point.

One could draw a comparison to the emergence of digital downloads in the early 2000s.

A stand-alone download chart was first launched in 2004. Within a year, downloads were incorporated into the main singles chart and, by 2006, Gnarls Barkley had scored the first ever number one single based on download sales alone.