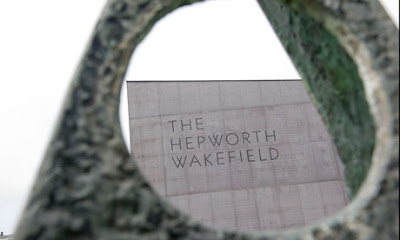 Three recently redeveloped museums and galleries will compete with one new one to be named the UK's museum of the year by the Art Fund charity.

Four attractions have been shortlisted for the 10th annual Art Fund Prize.

They include the £35m Hepworth Wakefield, which opened last May, and the Scottish National Portrait Gallery, which has had a £17.6m redevelopment.

Exeter's Royal Albert Memorial Museum and Art Gallery and the Watts Gallery in Surrey are also in the running.

The four were picked from a longlist of 10. But three major new institutions - the Turner Contemporary in Margate, Glasgow's Riverside Museum and Bristol's M Shed - missed the cut.

Bletchley Park in Milton Keynes, the Holburne Museum in Bath and the National Museum of Scotland also missed out.

Lord Smith of Finsbury, chair of the judging panel, said: "Whittling 10 really strong nominees down to a list of four was a supremely difficult process, and I've no doubt that deciding on a 'museum of the year' from this list will prove equally tough."

Of the final four, the Hepworth Wakefield, named after sculptor Barbara Hepworth, has won acclaim for its design by architect David Chipperfield.

The Watts Gallery, dedicated to Victorian painter George Frederic Watts, recently underwent a £10m restoration, while the Scottish National Portrait Gallery reopened in December after the first refurbishment in its 120‐year history.

The Royal Albert Memorial Museum, Exeter's main city museum, also reopened in December after being given its first major redevelopment since opening 140 years ago.