Digital art launches into The Space... 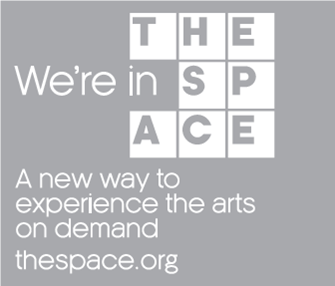 The plays of Shakespeare, a hip-hop festival and a new artwork by Rachel Whiteread are among the offerings from a new on-demand digital arts service.

The Space, a BBC and Arts Council England project, will showcase both live broadcasts and archive footage.

The content includes Shakespeare's Globe to Globe Festival in London and a performance of Stockhausen's Helicopter String Quartet in Birmingham.

The free material will be available on several platforms for six months.

It will be accessible on smartphones, computers, tablets and connected TV.

Organisers hope the project, which launched on Tuesday, will carry on beyond October.

"This is meant to be a pilot but we hope it can have a life way beyond that," said the BBC's director general, Mark Thompson.

"We've had to come out of our ivory tower and think of ourselves as an enabler, a channel for the British public to find great art."

Whether or not The Space turns out to be a long-term project, all of the content uploaded over the six-month period will be archived so that it can be accessed in the future.

A spokesman for Arts Council England said: "The software used is not licenced to the BBC so organisations can put it on their own websites after October.

"Lots of arts organisations are small and it's a leap of faith to invest digitally, so this gives them a chance to experiment."

The six-month trial is costing the BBC £2m to provide staff and the technical backing required.
Arts Council England has spent £3.5m commissioning the projects involved.

The Space's archive material includes that owned by the likes of the British Film Institute (BFI), such as live streaming of screenings of two newly-restored silent films directed by Alfred Hitchcock, The Ring and Champagne.

One of the ambitions of the project is to open up the arts to a more diverse audience.
Jonzi D, the artistic director of the Breakin' Convention hip-hop festival at Sadler's Wells in London, said The Space makes theatre more accessible.

"Theatre is expensive - it's a great way to get art for free.

"A lot of people are scared of the theatre - I don't think theatre has made enough effort to diversify audiences," he added.

The project has been launched at this time to coincide with a busy period for the arts in the UK, with the Cultural Olympiad, the Edinburgh Festival and the Queen's Diamond Jubilee all happening over the summer.