Vinyl set to make radio comeback for one day only... 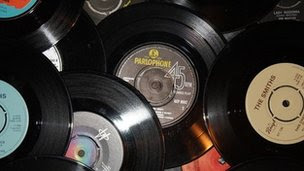 Vinyl is to make a comeback on the radio, but for only one day.

BBC Radio 6 Music has announced it will be playing only vinyl on New Year's Day.

Most BBC stations phased out vinyl in favour of CDs in the 1990s and the majority now use digital versions of songs.

Presenters Jarvis Cocker and Guy Garvey will be among those dusting off their turntables and Don Letts will be bringing his own seven-inch singles.

But 6 Music bosses have turned the clock back with an "All Vinyl" day to round off a month-long celebration of vinyl.

Station editor Paul Rodgers said: "In a world dominated by digital music, vinyl is a format still close to the hearts of many music lovers and increased sales demonstrate its enduring appeal."

A spokeswoman for the station said: "Listeners can expect rare gems, insights and a few crackles and pops when digital goes analogue for one day only."

Singer-songwriter Richard Hawley will host a show talking to prominent acts such as Arctic Monkeys and Radiohead about the joys and the pitfalls of vinyl.

Dance DJ and producer Andrew Weatherall and singer Cerys Matthews will be joining the vinylfest in their shows.