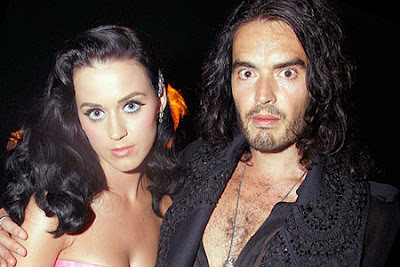 Russell Brand has announced he has filed for divorce from US singer Katy Perry after 14 months of marriage.

The couple met in 2008 and married in October 2010 at a resort inside a tiger reserve in India.

In a statement the 36-year-old said: "Sadly, Katy and I are ending our marriage. I'll always adore her and I know we'll remain friends."

The announcement comes after speculation in the press about the state of their relationship.

The couple spent Christmas apart, Brand was pictured in Cornwall while Perry was seen spending it with friends in Hawaii - neither was wearing a wedding ring.

Brand made his US breakthrough presenting the MTV awards in 2008, causing outrage when he branded then-President George W Bush "a retarded cowboy fella" who "wouldn't be trusted with scissors" in England.

Despite the controversy, he was asked back in 2009 and went on to score acting roles in Hollywood comedies like Forgetting Sarah Marshall.

This year Brand played the animated heir to the Easter Bunny's throne in the family film "Hop" and took on the title role in "Arthur", a reimagining of the 1981 Dudley Moore classic.

Perry's run of No. 1 singles earned her the distinction of becoming MTV's first artist of the year earlier this month.

When she hosted the US comedy show "Saturday Night Live" on December 10 she gave no indication the couple was in trouble.