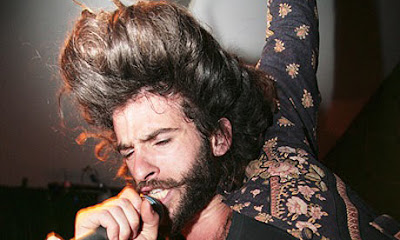 KING CHARLES ANNOUNCES TOUR
Flamboyant folk bloke King Charles has heralded the tbc release of 'LoveBlood', the follow-up to his debut single 'Bam Bam', with news of a 2012 tour.

His last UK run sold out completely, but tickets are still available for the new one. Kicking off on 7 Feb with a show for HMV's Next Big Thing festival, dates are as follows:

And since 'LoveBlood' doesn't seem to be streaming anywhere, here are Charles and his coiffure enacting the song live at a recent show in Southampton.