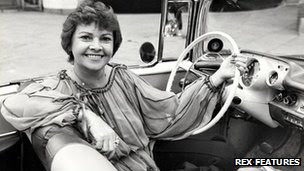 Country singer Billie Jo Spears, best known for her 1975 hit Blanket on the Ground, has died at the age of 74.

The sultry-voiced singer, who had 25 Top 40 country hits between 1969 and 1984, died at her home in Vidor, Texas on Wednesday, according to reports.

Famed for her bluesy vocals, Spears had her first chart hit with Mr. Walker, It's All Over.

Her other Top 10 hits included What I've Got in Mind, Misty Blue and If You Want Me.

Though her popularity waned in the 1980s Spears continued to tour, despite having triple bypass heart surgery in 1993.

The Texan star had been scheduled to make a number of UK appearances next May as part of a touring show entitled Ladies of Country.