Five Palace albums to be reissued... 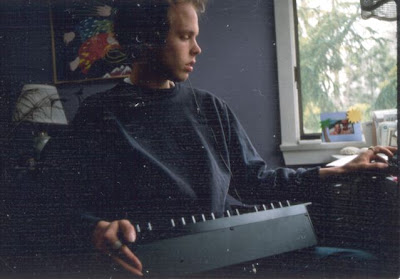 Domino Records are pleased to announce the reissue five Palace albums on 27th February 2012. The five albums reissued are the debut, There is No-one What Will Take Care Of You (Palace Brothers, 1993), its follow up, Days In The Wake (Palace Brothers, 1994), the mini album, Hope (Palace Songs, 1994), the Steve Albini-recorded, Viva Last Blues (Palace Music, 1995) and the compilation, Lost Blues And Other Songs (Palace Music, 1997).

All of the reissues will be available on LP, CD (in a mini ‘LP’ style pack) and digitally, except for Lost Blues And Other Music which will be available on mini gatefold card CD pack and on double gatefold vinyl. The reissues will feature new artwork and packaging, with text written by Will Oldham.
Each Palace record features a different set of musicians and a revolving cast of contributors. Consequently each Palace album has a unique tone and atmosphere in which Oldham’s cracked voice and remarkable song writing are the constant, beguiling presence. The albums perfectly illustrate how Oldham refused to be constrained by any signature style, but how everything he did under the Palace name was instantly recognisable as his and his alone.

Come In, from Lost Blues And Other Songs
http://www.youtube.com/watch?v=Kcn-5I34y0A

Bonnie ‘Prince’ Billy will be returning to the UK for a headlining show at London’s Hackney Empire on the 25th of January 2012. The band will feature Bonnie on guitar/vocals, Emmett Kelly on guitar/vocals, Angel Olsen on vocals and Ben Boye on piano/harmonium, the line-up that played on the recent ‘Wolfroy Goes To Town’ album. Tickets are available here:
http://www.alt-tickets.co.uk/alttickets/event_ate_13717a.html
Posted by Bangs at 12/16/2011 03:22:00 pm