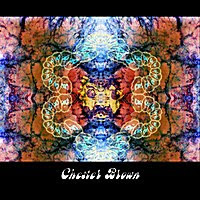 Chester Brown - S/T (Independent)
Some facts: Chester Brown is a Chesterton, Indiana based quintet. In the last ten years they’ve played over 1400 gigs, performing their own songs and a multitude of cover tunes. I suspect they’re not unfamiliar with the recordings of the Grateful Dead, which isn’t to say they sound a whole lot like them, but they do share certain similarities of ethos, musical dexterity, openness of approach and a distrust of barbers.

Of course they’re a jam-band, so more suited to the stage than the studio, but this, their second studio album, is an enjoyable collection with an emphasis on their songs. The group’s three singers - Tim Vanderlin, brother Nate Vanderlin and Dominic Puglisi – who I assume sing their own songs, bring plenty of variety to the table. The results are always pleasing, whether it’s the jazzy funk vibe of opening cut “Sad Song”, the Phish-like “Backin' In” or the loose country-flecked rock of “Whiskey in Heaven”.