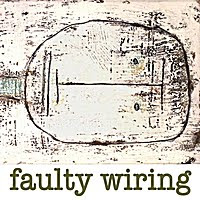 Satchel Paige & The Windup - Faulty Wiring (The Dust Factory)
Recorded in East Nashville, Tn., “Faulty Wiring” is Satchel Paige’s debut release with The Windup, a group of friends and acquaintances who came together just to play on the record. Amongst the group, there are a couple of names I know: bass man Jon Estes is a well known player with various left-field country sorts and keys man Kai Welch I recall from several Nashville groups, most prominently Bobby Bare Jr.’s band.

There’s just a slither of country music influence to be found on “Faulty Wiring”, given the location and the players involved, and instead Paige and his compatriots have mostly come up with a concise collection (eight tracks, 40-ish minutes) of indie-folk vignettes that gently unwind, relentlessly drawing the listener in. Of course, there other influences are at play, and some of them will surprise. On one of their webpages there’s a mention of Mark Knopfler, alongside Grandaddy and Radiohead; the latter pair sound about right, and when I listen to the title track, “A Heart Grown Old” and “Arrow in The Quiver” I can hear a twist of late period Nirvana – not as loud, desolate or full of angst, but there all the same. On “Less Numb Than Some” there are hints of both Neil Young and Richard Thompson, though on “Name, License & Registration”, there’s nothing I can be certain about, except for the fact that it’s possibly the most addictive pop song I’ve stumbled upon for some time.
http://www.satchelpaigemusic.com/
Rob F.
Posted by Bangs at 12/09/2011 08:24:00 am