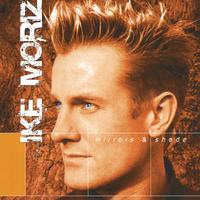 Ike Moriz - Mirrors And Shade (Mosquito Records London)
South African recording artist Ike Moriz is something of a rarity insofar that he maintains a recording career in two completely separate genres. For the most part he’s a crooner, singing songs from the Great American Songbook, wowing Capetown supper club audiences and releasing a steady flow of albums that have drawn comparisons to Tony Bennett and Nat King Cole. On the other hand he’s a singer-songwriter of a decidedly English, alternative bent.

“Mirrors And Shade” was originally released in 2004 when Moriz was based in London, and listening to its 11 songs I’m reminded of groups like Be-Bop Deluxe, Suede and Gene, and of course, David Bowie, who was later to declare himself a fan. On the strength of the material presented here, it’s an easy position to take. In particular, the title track is just a perfect slice of retro indie pop with abundant hooks, a lively melody and a chorus that sticks like glue. Others of a similar ilk follow suit. “You Could (thrill Me, Kiss Me, Kill Me)” is plaintive and drips melancholy but not at the expense of pop thrills, “Fall Into the Sun” is a soundtrack in waiting for a decent summer and “Drowning (in London Town)” encapsulates the experience of many groups who come to the capital, with bonus nods to Oasis and early Blur along the way.
http://www.ikemoriz.com
Rob F.
Posted by Bangs at 12/16/2011 10:31:00 am