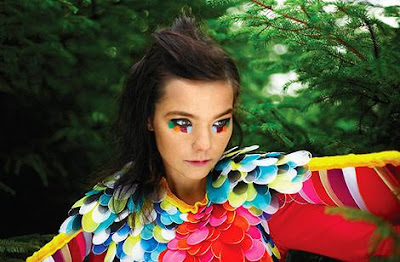 BJÖRK RELEASES STANDALONE APP FOR CHRISTMAS
Björk has released a standalone version of the app for her track 'Solstice', which is also available within her larger 'Biophilia' app, released alongside the album of the same name and available for Apple devices.

'Solstice' was inspired by a Christmas poem by Icelandic author Sjón, which was written as a celebration of light and seasons, and compares the solar system to a Christmas tree. Like you do. The app takes this as its inspiration too, with a sun at its centre and rays of light manipulated by the user acting as harp strings plucked by circling planets. Which all sounds very nice, though the noise I just made with it wasn't so much.

Presuming you make a sound that's a bit nicer with the app, and then want to share it with people, music created in the standalone version of the app can be sent as a Christmas e-card. Download it here: www.itunes.com/apps/biophilia