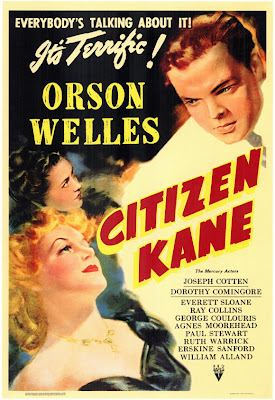 Welles wrote, directed and starred in the film, regarded by many as one of the greatest films of all time.

It was nominated for nine Academy Awards but won in only one category - best original screenplay.

The statuette was once thought lost but resurfaced in 1994 when a US man tried to sell it.

Cinematographer Gary Graver claimed Welles had given it to him as a form of payment.

Numerous legal battles ensued before Welles's won back the rights of ownership.

The identity of the bidder who won it at an internet auction has not been revealed. But the auction house said the second-highest offer came from magician David Copperfield.

As well as the Oscar for Citizen Kane, Welles also won an Academy Honorary Award for his "superlative and distinguished service" in the industry in 1970.

Academy Awards very rarely come up for sale. Since 1950, the academy has required Oscar winners to sign an agreement that they will never sell their statuette.

But some high-profile sales have taken place before. In 1999, singer Michael Jackson paid $1.54m for the Oscar given to David O Selznick for producing Gone With The Wind.