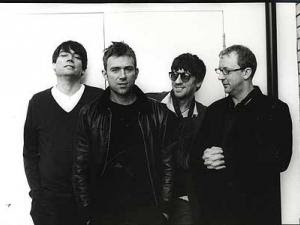 BLUR TO PERFORM AT 2012 BRITS
Alex James has been talking some more about the possibility of more Blur reunion shows, following confirmation the band will regroup next year to collect their Outstanding Contribution To Music gong at the BRIT Awards.

James told The Sun's Gordon Smart on his Xfm show that the band have met up to discuss the accolade, saying: "We're all very pleased. I saw the guys this week, we had a Christmas cuppa".

He continued: "We all remembered how much we loved being a band. I had always said in interviews I didn't miss being in a band, but that reminded me that I did".

Asked if Blur would schedule any more performances beyond the BRITs appearance, he said: "I wish I could tell you more. I'm sure it will happen one day but I don't know when. It's quite nice to keep it special".