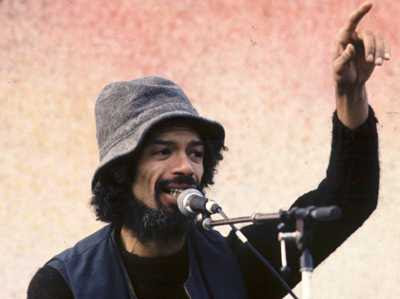 GIL SCOTT-HERON MEMOIRS DUE IN NEW YEAR
Memoirs attributed to late hip hop pioneer Gil Scott-Heron are to be published next year, it's been announced.

Canongate will release 'The Last Holiday', which charts Heron and Stevie Wonder's 1980 'Hotter Than July' tour, in early January. Heron, a passionate civil rights activist, organised the outing to garner public support for a federal holiday in honour of Martin Luther King. It is thought that the memoirs will be made available just before King's birthday on 15 Jan, now a recognised US holiday of course (or thereabouts, next year's Martin Luther King Day is actually on 16 Jan).

Canongate have previewed a chapter in which Heron remembers first hearing the news of John Lennon's assassination after a show with Wonder in Oakland, California. You can download both the audio and text versions of the extract here: www.canongate.tv/gil-audio