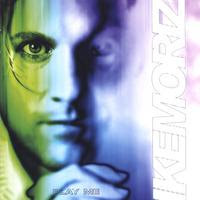 Ike Moriz - Play Me (Mosquito Records London)
Recorded in London in April 2005, Ike Moriz’ second album release on his own Mosquito Records London imprint continued the work he’d done on “Mirrors and Shade”. Though many of his recent recordings have found Moriz immersed in the songs and easy style of the 1950s and ‘60s, his early recordings were very much rooted in the English alternative pop style, pioneered by David Bowie, and enthusiastically sustained by later groups like Suede. As with all Moriz’ releases from this period, the songs were written and produced by the artist.

He’s a skilled pop songwriter, and has indicated in subsequent interviews that because of the rise in popularity of the download, his approach to writing albums was to treat every track as a standalone single. It’s a system that obviously works, as the listener is enveloped in a collection of infectious melodies, sing-a-long choruses and enough hooks to fill a fisherman’s tackle box. It’s no surprise that radio picked up on these songs and they were much played throughout Europe and Moriz’ South African homeland. Some six years after their original release, they retain much of their freshness. Many fans of grown-up pop will find a great deal to enjoy, whether it’s the all-out sunshine buzz of the title track or the wistful lament of “The Sad Songs”.
http://www.ikemoriz.com
Rob F.