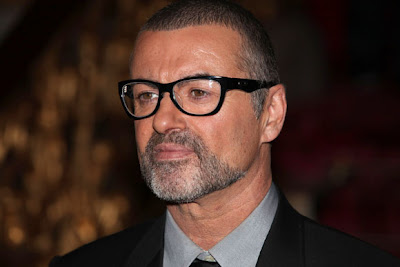 Singer George Michael has admitted that his recent bout of pneumonia was "touch and go for a while" and was "the worst month of my life".

The 48-year-old star, who has returned to London following a month-long stay in a Vienna hospital, said he was "very weak" but added he feels "amazing".

In a press conference outside his home, an emotional Michael said he still has "plenty to live for".

He was forced to shelve the remaining 14 dates of his tour after falling ill.

Michael acknowledged the gravity of his illness, explaining that the General Hospital (AKH) in Vienna was "the best place in the world I could have been".

"Somebody here still thinks I've got some work to do," added the star.

The musician apologised to his fans for not contacting them, saying "I was really not in a state to".

He added that the "plan is to play to every person who had a ticket" for his shelved gigs.

Michael also said he wanted to play another show for the Austrian medical staff who "saved my life".

Michael was advised by doctors to take a "full and complete rest" after contracting a severe form of pneumonia last month.

He had performed 45 dates in his concert schedule before being forced to cancel the performance in Vienna.

The shelved dates have yet to be rescheduled.

In October, the musician pulled out of a gig at London's Royal Albert Hall, suffering with a viral infection.

After he was admitted to hospital in Vienna, Michael's publicists said that he was "responding to treatment and slowly improving".

They added in a statement: "George Michael is ill with pneumonia and any other speculation regarding his illness is unfounded and untrue."