Silence of the Lambs added to US film archive... 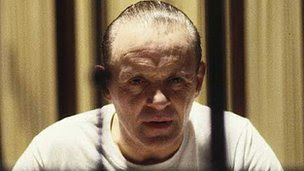 Oscar-winning 1991 thriller The Silence of the Lambs is to be preserved by the US Library of Congress as part of its National Film Registry.

The film - in which Sir Anthony Hopkins made his first appearance as serial killer Hannibal Lecter - was one of 25 new additions announced.

The titles were chosen from 2,228 films nominated by the public.

Every new addition must be considered "culturally, historically or aesthetically" significant in order to be added to the registry.

Other additions include the 1979 Sally Field film Norma Rae, Robert Rodriguez's 1992 debut feature El Mariachi and the 1953 version of War of the Worlds.

They are joined by such lesser-known titles as A Computer Animated Hand - a one-minute film made in 1972 that is one of the earliest examples of 3D computer animation.

The oldest entries are silent films dating from 1912. One documents the pre-World War I child labour reform movement, while the other is a farce starring comic actor John Bunny.

Gump, which won Hanks his second Oscar for best actor in 1995, is the most recent of the new additions.

"These films are selected because of their enduring significance to American culture," said James H Billington, who has been the US Congress librarian since 1987.

"Our film heritage must be protected because these cinematic treasures document our history and culture and reflect our hopes and dreams."