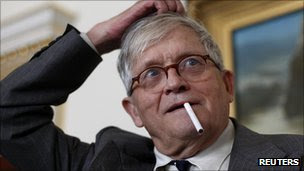 British artist David Hockney has been appointed a member of the Order of Merit by the Queen, Buckingham Palace has announced.

The honour is a special award presented to individuals of great achievement in the arts, learning, literature, science and other areas such as public service.

The order, created by king Edward VII in 1902, is restricted to 24 members and rare additional foreign recipients.

Bradford-born Hockney has been an internationally renowned painter since he burst on to the scene in the early 1960s as a leading British pop art figure.

He is best known for his landscapes, portraits and representations of private spaces, such as living rooms and swimming pools.

In recent years he has embraced new technology, creating art on the iPhone and iPad.

During his career he has extended his talents to work as a photographer, draughtsman, printmaker and stage designer.

He led a government that joined the war in Iraq, despite strong domestic opposition, and passed legislation that tackled a number of major issues from Aboriginal relations to gun control.

The Order of Merit does not come with a title.

Members are given a red and blue enamel badge, which reads "For Merit".

When a member dies the badge is returned to the Queen, who receives the next-of-kin personally.

She also has a portrait painted of each member, which becomes part of the royal collection, and hosts a gathering for the entire group every five years.