Abba dig out archive track for The Visitors re-release... 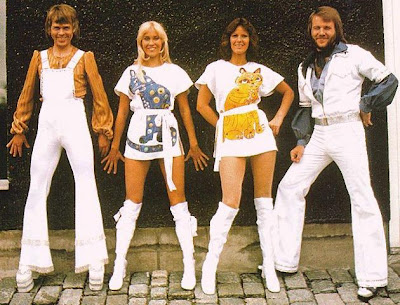 Pop superstars Abba are to release an unheard demo on a deluxe edition of their final album, The Visitors.

The unreleased track, From A Twinkling Star To A Passing Angel, marks the first time the Swedish band have delved into their archives since 1994.

A statement called the track, which was recorded at the peak of Abba's career, a "sensational inclusion".

The Visitors was originally released in 1981, a year before the band split. The new edition comes out in April.

"This is the first time since the Thank You For The Music box set in 1994 that Abba have opened the doors to the tape vaults to release previously unheard music from the group's heyday," a statement said.

The album will also feature bonus selections and a DVD of rare and previously unreleased material from the archives.

The group, comprising Agnetha Fältskog, Benny Andersson, Björn Ulvaeus and Anni-Frid Lyngstad, repeatedly topped the charts around the world between 1974 and 1982.

They rose to fame following victory at the Eurovision Song Contest in 1974, with cult track Waterloo.

Their music enjoyed a huge resurgence in popularity thanks to the hit musical, and subsequent film, Mamma Mia!, based upon the band's best-loved tracks.

The group, which has sold over 200 million records worldwide, continues to sell more than two million records each year. They were inducted into the Rock and Roll Hall of Fame in 2010.