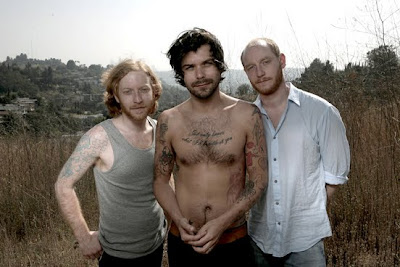 Biffy Clyro and singer-songwriter Ed Sheeran are to appear at this summer's RockNess music festival.

Others announced for the Highlands music event include electronic act Deadmau5 and dance music act Justice.

Biffy Clyro were at RockNess in 2009 and the Scottish band will headline June's festival at Dores, close to the shores of Loch Ness.

Band members Simon Neil, Ben Johnston and James Johnston said they were looking forward to performing again at the site near Inverness.

In a statement, the band said: ''We are thrilled to be returning to RockNess in June, and this time we'll be headlining.

"The location is amazing and the enthusiastic crowd made for a memorable experience in 2009, so we're counting down the days until our return in 2012.''

RockNess will be held from 8-10 June.

Metronomy, Noah and the Whale, Wretch 32 and Totally Enormous Extinct Dinosaurs have also been confirmed.

The festival's organisers expect to make further announcements on other bands and singers to appear.

Director Jim King said: "I'm so happy with the list of acts we're announcing today that I now just can't wait for the first tent peg in the ground and for the party to start.

"It was only a matter of time before we got lucky and were able to welcome Biffy Clyro back to Loch Ness.

"Since their debut they've gone on to become one of the biggest rock bands in the UK and on home turf you know they're going to produce something extra-spectacular."