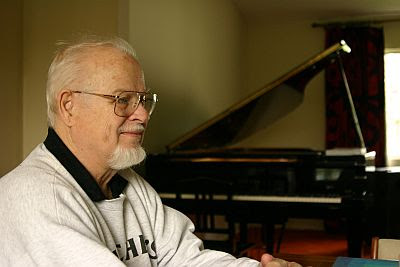 The Grammy winner had been on life support earlier this month after suffering a cardiac arrest following minor surgery.

Fischer received his 11th Grammy nomination at this year's awards, for best instrumental arrangement for his track In the Beginning.

Starting out in jazz, he went on to create arrangements for pop stars including Prince and Michael Jackson.

Born on 22 October 1928 in Durand, Michigan, Fischer worked with jazz legends such as Donald Byrd and Dizzy Gillespie.

In 1975 he found a new direction in Latin-American music and started his own group, Salsa Picante.

He also took on orchestral arrangements for the Chaka Khan-led group Rufus, as his nephew was the drummer.

"Apparently the arrangements I made for their early records were appreciated, for in the following years I was hired almost exclusively by black artists," he told Artist Interviews.

Once he was established as an arranger in the R&B field, Fischer became the "go-to-guy" for arranging pop albums and was hired by artists including Paul McCartney, Celine Dion and Robert Palmer.

A multi-instrumentalist, Fischer also received an honorary doctorate from Michigan State University in 1999 for his outstanding contributions to the field of jazz.

He recorded more than 45 albums and has arranged, composed or played on more than 100 other artists' records.

He is survived by his wife Donna, and children Brent, Lee and Tahlia.