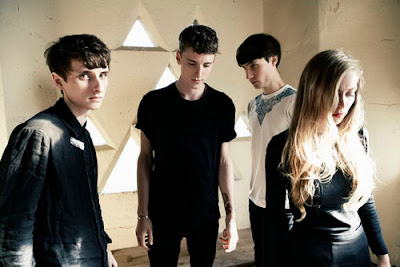 THESE NEW PURITANS WRITING NEW LP
Work has started on a sequel to These New Puritans' much-acclaimed second studio LP 'Hidden', the band have announced.

The new record will come out on London-based independent Infectious Music (Local Natives, Temper Trap) rather than via the band's former label Angular Records, a move that has seemingly involved a lot of tedious legal shenanigans.

A TNP tweet reads: "We are making a new album. We spent months with lawyers and are pleased to have moved to Infectious Music for its release".