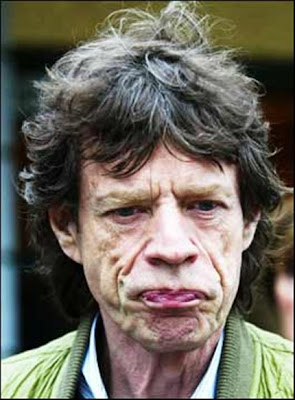 Sir Mick Jagger has declined an invitation to a UK event at the World Economic Forum in Davos after complaining he feared he would be used as a "political football".

The tea party, hosted by Prime Minister David Cameron at the Swiss resort, is designed to showcase British talent.

Sir Mick said he would now cut short his visit to Davos citing "inaccurate" comments on his political allegiances.

He said he had "eschewed party politics" during his career.

Others still expected to attend the event include model Lily Cole and Sir Tim Berners-Lee.

The Rolling Stones frontman said: ''During my career I have always eschewed party politics and came to Davos as a guest, as I thought it would be stimulating.

"I have always been interested in economics and world events.

"I now find myself being used as a political football and there has been a lot of comment about my political allegiances which are inaccurate.

"I think it's best I decline the invitation to the key event and curtail my visit."

His spokesman said earlier: "The British delegation at Davos decided having a cup of tea and a biscuit mid-afternoon was the most frugal and efficient way of getting access to the global financial elite and to tell them about investment opportunities in UK, not least in this Olympic year.

"The mayor was asked if his name could be put on the invitation in order to attract the best crowd and be there to bang the drum for London."