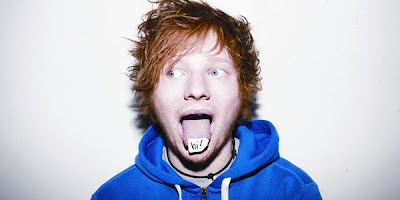 The singer's debut record, +, went back to number one for the first time since September with sales of 20,607.

That is the lowest total since September 1995 when the Levellers' Zeitgeist was top with 13,885 sales.

Nearly half of Coldplay's total sales were from digital downloads.

January is traditionally a quieter time of year for album releases, and coupled with higher spending before Christmas, has seen fewer people buying records.

Sales should pick up again this month with the release of several high profile records, including Emeli Sandé's Our Version of Events.

Sales have also been slow in the US, where for the first time five albums entered the Billboard top 10 with fewer than 20,000 copies sold last week.