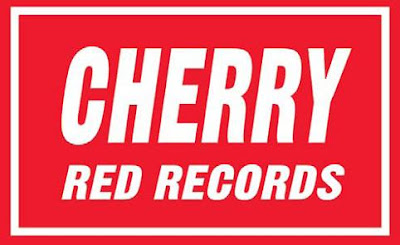 Released on 13/02/12. Serge Gainsbourg was known outside France primarily for the steamy duet J'taime moi non plus but to those at home he stood as the ultimate rebel artist. He has been described as debauched, irreverent, misanthropic, dissolute, a provocateur, a genius, an alcoholic, a poet, a national treasure and a romantic who handled language with cynical humour. His poetry was compared to Rimbaud and Baudelaire, his morality to the Marquis de Sade. He wrote and directed four controversial movies, published a scurrilous novel, his records were often denounced as obscene and he was perpetually embroiled in scandal, whether for turning up drunk on a TV show and offering to F*** fellow guest Whitney Houston, recording a reggae version of Le Marseillaise or burning a 500 franc banknote on prime-time television.

Released on 27/02/12. Esoteric Recordings are proud to announce the release of a Deluxe 2CD Expanded edition of Matching Moleís self-titled debut album. Formed in 1971, Matching Mole featured former SOFT MACHINE drummer ROBERT WYATT, former CARAVAN keyboard player DAVE SINCLAIR, guitarist PHIL MILLER, bassist BILL McCORMICK with guest keyboard player DAVE MacRAE. Recorded between December 1971 and February 1972, MATCHING MOLE was a wonderful debut that included tracks such as ëO Carolineí, ëSigned Curtainí and ëPart of the Danceí. This Esoteric Recordings edition has been newly re-mastered from the original master tapes and is expanded to include five previously unreleased studio session alternate takes, the single versions of O Caroline and Signed Curtain, along with two BBC Radio One sessions from 1972. The booklet restores all original artwork and includes and essay by Sid Smith.

Released on 27/02/12. Til Tuesday were a popular new-wave/synth pop band of the 1980s. which brought to us the talents of Grammy award winner Aimee Mann. Til Tuesday were signed to Epic after winning Bostonís WBCN Rock & Roll Rumble in 1983 and released their debut album VOICES CARRY two years later. Through signing to Epic they secured the production talents of Mike Thorne (Soft Cell, Soft Machine, John Cale, The The and Bronski Beat). VOICES CARRY was released in 1985 and featured their breakthrough single of the same name which reached #8 in the US Hot 100 and #14 in Billboard Magazines US Rock Tracks Chart. They followed this up with two more hit singles from the album in the form of Looking Over My Shoulder and Love In A Vacuum. The latter had been a big college rock hit in its demo form before the band signed to Epic. ëTil Tuesday also managed to win the MTV Video Music Award for Best New Artist with the video for the Voices Carry single in 1985, Hot Shot Records is proud to present VOICES CARRY fully remastered, in a deluxe Super Jewel case with extensive liner notes including exclusive interviews with Robert Hoimes (guitarist) and Mike Thorne as well as three bonus single remixes, two of which make their debut CD release here.

Released on 13/02/12. Few artists can fuse genres as effortlessly as Linda Lewis. Along with her incredible 5 octave vocal range, Linda Lewis was able to integrate a host of different musical elements into her recordings. Folk, Soul, Pop and Rock were all incorporated helping Linda to create one of the most unique sounds to ever come out of the UK, releasing seven albums during the 1970ís. Following on from her 1972 album Lark, Linda released FATHOMS DEEP. The album not only consolidated her status as one of Britain's most promising young singers but also evidenced her singularity as a recording artist. FATHOMS DEEP features ëRed Light Ladiesí, a Lewis classic that she continues to perform live today Also included are the albumís single release ëPlay Aroundí, and the funky Marvin Gaye-esque soul of ëOn The Stage,í and the whimsical ëMoles.í This release also features the non-album single ëSideway Shuffleí and itís B-side ëSafe And Soundí as well as an acoustic demo version of Red Light Ladies. Along with her solo successes, Linda Lewis also collaborated and toured with many of the worlds most successful artists such as Luther Vandross, Rod Stewart, David Bowie and Jamiroquai and most recently, Noel Gallagher.

Released on 20/02/12. The HORROR-STRUCK ROCK ëNí ROLL MADNESS OF ROKY ERICKSON. The 1980 album from former 13th Floor Elevatorsí mainman hailed in MOJO magazine as a buried treasure kicks of the labelís Buried Treasure series. Featuring the original ten tracks plus two additional Erickson originals from the period. An insight into the scrambled brain of this rock geniusí bizarre and often brilliant solo career. Obsessed with sci fi and horror images, this gritty gem covers Satan, Lucifer, Alligators, Vampires, Demons and Zombies along the way. With extensive sleevenotes and an introduction by MOJO editor Phil Alexander.