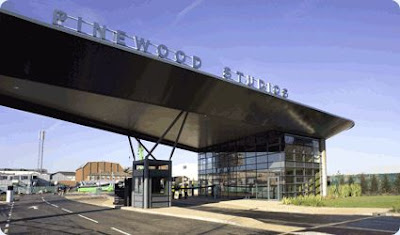 Pinewood Studios has pledged its commitment to the British film industry despite the rejection of its £200m expansion plan.

Pinewood had hoped to get permission to build a 100-acre set on land in Iver Heath, Buckinghamshire, next to the studios' current site.

But the government upheld a council rejection, saying the project would be "inappropriate in the green belt".

The studios, which have been operating for more than 70 years, have been the location for Bond films including The Spy Who Loved Me, A View To A Kill and, more recently, Quantum Of Solace.

The site has also been used for blockbusters Mamma Mia! and Prince Of Persia: The Sands Of Time.

"We are disappointed (about the rejection of the plans) which we have been working on since 2007, but the UK film industry is at the centre of our plans. We will continue to invest," he said.

Mr Smith said as well as hiring out studio facilities to film-makers Pinewood is also starting to make its own movies.

He said the firm would now review the decision and then decide on any future expansion plans.

On Friday, the Department for Communities and Local Government (DCLG) said its decision to refuse outline planning permission was because "the proposal would amount to urban sprawl of the type the green belt is seeking to contain".

The department said the plans would compromise the purpose of the green belt to prevent the merger of neighbouring towns and encroachment into the countryside.

Pinewood took an appeal to the DCLG last year following a decision by South Buckinghamshire District Council to reject the plans in 2009.