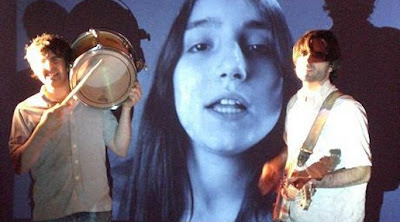 Underground Railroad have announced fresh headline dates for February as above, also appearing as special guests of Ultrasound at The Borderline on Thursday 26th January.

In the shape of new album ‘White Night Stand’ Underground Railroad have made a career defining best – an intense, accomplished third that encapsulates a brooding Dystopian vision of modern London: Hailing from Paris, Underground Railroad’s outsider status perhaps has granted them a detached insight into the city's workings. Further inspiration across the album came from Twin Peaks and David Lynch – Marion naming 'The Black Widow', 'The Orchid's Curse', and 'Traces To Nowhere' after episodes of the show, and 'Yellow Suit' in reference to 'Blue Velvet'.