Billy Connolly 'most influential comedian of all time'... 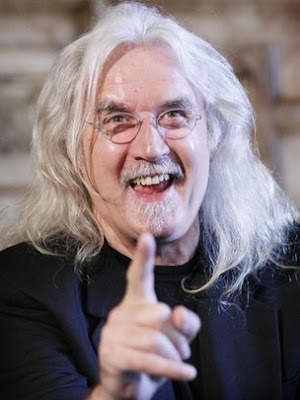 Scottish funnyman Billy Connolly has been voted the UK's most influential stand-up comedian of all time.

The Glaswegian topped a poll of 2,000 people, commissioned by TV channel Dave for the Leicester Comedy Festival.

Stephen Merchant, Jack Dee, Miranda Hart, Jason Manford and Jo Brand were among 100 comics who compiled a shortlist, which the public voted on.

Steve North, head of TV channel Dave, which commissioned the poll, said: "British stand-up is there with the best in the world.

"It is great to see trailblazing stand-ups such as Billy Connolly and Robin Williams get the respect they deserve.

"Both Connolly and Williams have consistently pushed the comedy envelope and whilst they may have over 40 years of experience between them, they are still the funniest men on the planet."