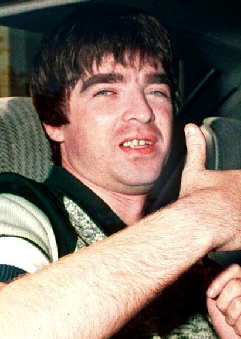 Noel Gallagher is to be honoured with the godlike genius prize at this year's NME Awards.

The former Oasis star follows acts like The Clash, Paul Weller and New Order in winning the gong.

He picks up the award as Blur prepare to collect this year's outstanding contribution to music prize at the Brit Awards next month.

Noel Gallagher, 44, already has the Brits title having won it in 2007 as a member of Oasis.

The guitarist, who launched his solo career fronting The High Flying Birds in 2011, will pick up his prize at the NME Awards on 29 February at London's O2 Academy Brixton.

"I would like to thank NME for bestowing upon me such a great accolade," said Noel Gallagher.

"I have dreamt of this moment since I was 43 years old.

"I accept that I am now a genius, just like God."

Noel Gallagher wrote Oasis hits including chart-toppers Don't Look Back In Anger, Some Might Say and Go Let It Out.

He quit the band in 2009 after falling out with brother Liam.

His debut solo album made it to number one in the album chart.

NME editor Krissi Murison said: "For the best part of two decades, the voice of one man has dominated the pages of NME more than any other. That man is Noel Gallagher.

"Opinionated, intelligent, passionate and always hilarious - Noel walks and talks it better than any other musician out there, and it's just one of the reasons why the British public loves him so dearly.

"No individual has written as many sing-out-loud classics as Noel. His songwriting has defined a generation."