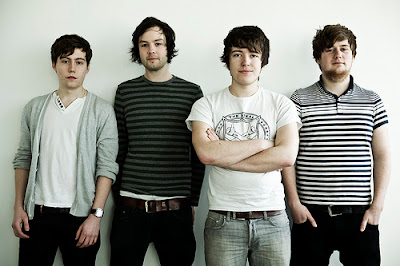 With a DIY approach, their keen touring ethic has seen them play alongside Frank Turner, This Town Needs Guns, The Riot Before, The Xcerts, Laura Marling and Crazy Arm; as well as festival appearances at The Lock Up Stage at Reading and Leeds Festival, The Isle of Man TT, The Isle of Wight and 2000Trees.

With support coming in thick and fast from all corners of the industry the band are set for a fantastic 2012. Ones to watch!

Full UK and Europe tour to be announced soon.

“(with) Fighting Fiction, in whose sharp songwriting there is something identifiably British, like The Clash, and they cling to their songs by their fingernails giving them a careering thrill.” KKKK from Great Escape

“Upbeat yet disheartened political messages are delivered with a rough, raw, Billy Bragg-esque brogue, and suggest that they’re a band who could make a big dent – politically and musically – in the future.” The Fly 4/5