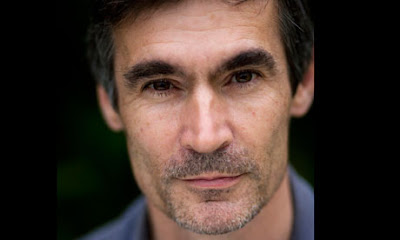 Andrew Miller has won the £30,000 Costa Book of the Year Award for his novel Pure, set in a Parisian cemetery in the run up to the French revolution.

He said winning was "unsettling" but "deeply pleasurable".

Pure is the story of a young engineer sent to Paris on the orders of the king to demolish an ancient cemetery that is over-flowing with the dead.

Mr Greig said the novel was "a morality tale that engrosses with its vivid rendition of pre-revolutionary France".

The judges, who included novelist Patrick Gale and actors Hugh Dennis and Dervla Kirwan, spent 90 minutes ahead of the ceremony in central London coming to a decision.

Mr Greig said there had been "passionately held views over two books".

He described the tussle over who should win as a "forceful wrangle" and said having to chose between different genres - that included biography, poetry, children's literature, and novels -was like "comparing bananas with chicken curry".

The other books in the running were: Matthew Hollis' biography of the poet Edward Thomas, who was killed on the western front in 1917; Christie Watson's debut novel Tiny Sunbirds Far Away; Carol Ann Duffy's collection of verse, The Bees; and Blood Red Road by children's author Moira Young.

Mr Miller's first response on picking up the prize, formerly known as the Whitbread Book Awards, was "blimey".

The Bristol-born author thanked his editor and agent and said: "It's a strange journey, you spend three year's in a room on your own and then this, little unsettling but deeply pleasurable. It's a very happy occasion".

They were selected from 568 entries.

Speaking ahead of the ceremony Costa's managing director John Derkach said the awards had "an excellent track record of recognising and celebrating some of the very best current British writing".

The prize was won last year by poet Jo Shapcott for her book of verse Of Mutability.