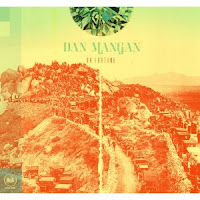 Dan Mangan - Oh Fortune (City Slang)
Here's a guy who knows exactly what he’s doing. He's managed to get his head above the parapet and he’s primed for launch. The big time beckons, and hopefully whatever success is attained, it’s done so with his artistic integrity intact. 2010's 'Nice Nice Very Nice' was exactly that, and was a rallying cry to get him noticed - a flag waver, if ever I heard one - but as good as 'Nice Nice...’ was, this is a huge leap forward. He’s ready to rouse the rabble, or those of us who‘ll listen to his musical call to arms and pass on the word. We’ll tell our friends about the sheer exuberance of being in on something that’s just about to break (we think... we hope...).

The arrangements on all eleven tracks have that certain extra something, whether its orchestration or individual sounds (the clang at the start of "Daffodil", and the accompanying drones are just wonderful). However, it’s the voice that brings such quality to the songs, demonstrating melancholy, euphoria, reflection, heartache, and an honest desire to deliver his songs without the falsity of excessive showmanship. They appear to mean so much to him. That’s what his voice tells us. This is heart and soul, no less. Indeed, if this doesn’t put him in the spotlight, for better or worse, I don't know what will. All hail Dan Mangan!
http://www.cityslang.com/
Kev A.