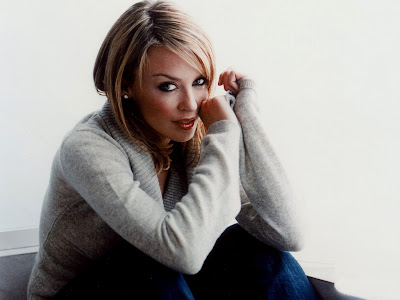 Australian popstar Kylie Minogue is to celebrate her 25 years in showbusiness by re-recording some of her old and popular hits.

The singer, who released her debut single The Locomotion in 1987, has recorded an acoustic version of her 1992 hit Finer Feelings.

The 43-year-old will release more tracks later this year.

Minogue made her name playing the teenage mechanic Charlene Mitchell in the Australian soap Neighbours, before she launched her pop career.

Her debut single spent seven weeks at number one in her native country and went to on become the highest selling single of the decade.