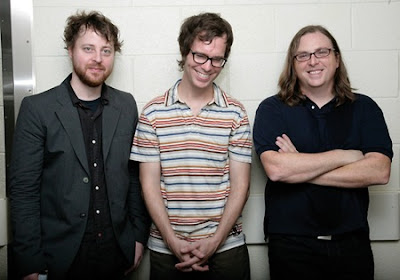 Ben Folds Five were a little coy about the prospect of a reunion last year. Folds told Spinner in September that after sessions to record three new songs for the singer-songwriter's forthcoming career retrospective compilation went well, they would "probably" regroup for a full album. And earlier this week Folds confirmed it, announcing via Twitter that recording sessions had begun.

He tweeted: "It's happening fo sho - day one in studio with Robert [Sledge, bass] and Darren [Jesse, drums] through March #NewBenFoldsFiveRecord".

The album will be the band's first since 1999's 'The Unauthorized Biography Of Reinhold Messner'.