Queen's honours: People who have turned them down are named... 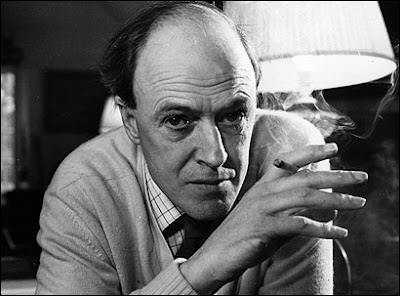 The author Roald Dahl and artist Lucien Freud are among those who have turned down honours from the Queen, according to official government records.

A list of those who declined an honour between 1951 and 1999, and who have since died, has been published for the first time.

Until now, the information was so secret it was not included in official papers released under the 30-year rule.

It has been made public following a Freedom of Information request.

News of people refusing an OBE, CBE or knighthood in the annual New Year or Birthday Honours list normally only comes to light if they volunteer the information themselves or reports are leaked.

In total 277 people are named on the list including the painters Francis Bacon and LS Lowry, the sculptor Henry Moore and novelist Aldous Huxley.

It shows that Lowry turned down more honours than anybody else, with a total of five, including an OBE in 1955, a CBE in 1961 and a knighthood in 1968.

Bacon turned down a CBE in 1960, while Freud refused the honour in the 1977 New Year's Honours list.

Dahl, who rejected an OBE in 1986, was among a number of writers who snubbed the accolade including CS Lewis, who turned down a CBE in 1952.

Film director Sir Alfred Hitchcock turned down a CBE in 1962, but went on to accept a knighthood from the Queen four months before his death in 1980.

The Cabinet Office had been fighting the Freedom of Information request for more than a year but was ordered to release the information by the The Information Commissioner's Office.

In the past a number of famous people have rejected or returned honours bestowed upon them by the monarch.

Beatles legend John Lennon returned his MBE in 1969, with a note to the Queen saying: "Your Majesty, I am returning this in protest against Britain's involvement in the Nigeria-Biafra thing, against our support of America in Vietnam and against Cold Turkey slipping down the charts.

"With Love, John Lennon of Bag."

Writer J G Ballard, who also rejected a CBE, is on record as saying he was opposed to the "preposterous charade" of the honours system.

Honours have sometimes been forfeited if a recipient is convicted of a criminal offence.

These include Roger Casement, a colonial officer in the Congo who was convicted of treason in the First World War, forfeited his knighthood and was executed.

The publication of the list comes as senior civil servants are due to decide whether ex-Royal Bank of Scotland boss Sir Fred Goodwin should be stripped of his knighthood.

The work of the Honours Forfeiture Committee is usually kept under wraps but David Cameron told MPs on Wednesday he expected it to sit in the coming days.

Political pressure has been mounting for the title awarded to Sir Fred in 2004 for "services to banking" to be withdrawn over his role in the subsequent collapse of RBS.