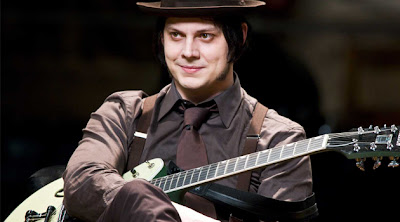 Jack White has revealed he will release his debut solo album in April.

The singer and guitarist says Blunderbuss is "an album I couldn't have released until now".

He added: "I've put off making records under my own name for a long time but these songs feel like they could only be presented under my name."

White has previously been a member of a several bands - including The White Stripes, The Raconteurs and The Dead Weather.

Describing the new material, White said: "These songs were written from scratch, had nothing to do with anyone or anything else but my own expression, my own colours on my own canvas."

The album will be released on Third Man Records, the label founded by White in 2001.

In an interview with Radio 1's Zane Lowe, White said it "felt really good" to be launching a solo career.

Explaining how the album came about, the singer said: "A few months ago we had a [recording] session booked for one of the singles on Third Man.

"Someone didn't show up so I said, 'Well, I guess we'll do one of my songs that I've been writing.'

"And that kick-started the whole process of many, many songs I've been writing. It felt really good to do that, because I hadn't really done that by myself in a long time."

The album's lead single, Love Interruption, was posted online on Monday (30 January) and will be officially released on 7 February.

Jack White has scored a number of top 10 hits as a member of The White Stripes - including Seven Nation Army, Icky Thump and My Doorbell.

He also recorded the theme to the most recent James Bond film Quantum of Solace.

Another Way To Die, a duet with Alicia Keys, reached number nine in the UK singles chart in 2008.