Marissa Nadler Takes a Confessional Turn in Forthcoming Release The Sister, Out May 29... 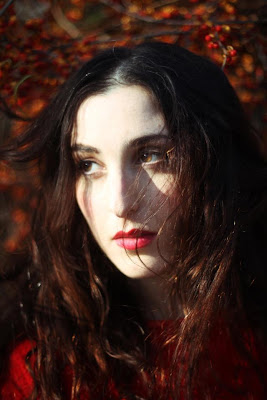 Boston-based songstress Marissa Nadler has announced the forthcoming release of The Sister, a collection of eight new tracks subtly linked to last year's self-titled critically acclaimed LP, out May 29 on her own Box Of Cedar Records.

"Heartbreak is a great muse, but it can wear you down," she admits, referring to the stormy relationships that haunted many of the heavenly hooks on her most recent works. "For The Sister, I realized I had muses all around me, whether it was childhood, betrayal, friendships, new love, nature, or hope. The narrator's stronger in my songs now, and more able to bounce back if they choose to."

The dream-folk artist notes that each year she feels freer to write what she wants. On The Sister she keeps her confessionals as intimate as possible explaining, "I wanted the starkness of every song to reflect the lyrical content. Some of my biggest influences are confessional songwriters. It's always been a very powerful thing to listen to Elliott Smith and Joni Mitchell, and feel so much from their stories."
SPIN called Nadler's 2011 full-length "one of the year's most disarming records... a cyclical, finger-picked beauty that, once you lean into it some, never lets you go," while Pitchfork gave it an "Albums of the Year: Honorable Mention" and an 8.1 review.

The release was featured on Vogue, KEXP, NPR "World Cafe: Next," NPR First Listen, who called her music "dreamy, melancholy and utterly captivating," and made American Songwriter, WXPN, and Drowned In Sound's favorite albums of 2011 lists. Additional details about The Sister to come.