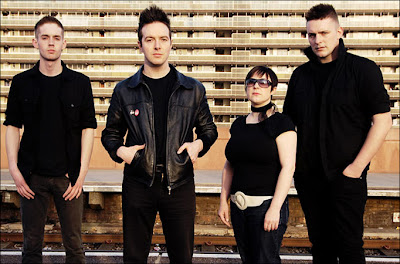 Scottish rockers Glasvegas have announced several UK tour dates, each of which will find the band previewing material from the in-progress successor to their second studio album, 'EUPHORIC /// HEARTBREAK \\\'.

Though they remain unsigned, Glasvegas have denied any plans to split after being dropped from Sony/Columbia last year.

Guitarist Rab Allen of the band has published this Facebook note to accompany the tour announcement: "These are just wee shows to try out some of the new material we've been doing along with the older stuff. Hope you can make it down. I think they will be special little gigs. Hopefully more gigs in more cities not long after if all goes well".