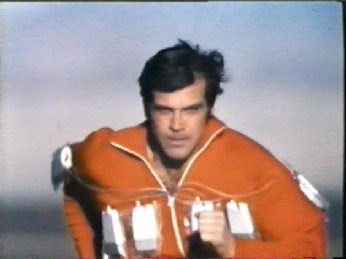 For anyone growing up in the 1970s there were several TV series that could be described as "essential viewing", but none were more deserving of that accolade than THE SIX MILLION DOLLAR MAN, the TV series that mixed Bond-ian espionage action with sci-fi adventure and, along the way, became a pop culture institution. Now, THE SIX MILLION DOLLAR MAN: THE COMPLETE COLLECTION is coming to DVD as a 40-disc set, featuring every episode from each of the show's five seasons, plus the three original TV movies that started it all, along with the three further TV movies that followed in the late 1980s and early 90s. Additionally, this edition includes extensive stills galleries and episode guide booklets exclusive to the UK release, making this the world's most definitive Six Million Dollar Man DVD collection.